You are here: Home / Blog / Three British Serial Killers Who Will Go Down in History
Rate this post

The world of serial killers is a disturbing one but also one that many people are fascinated by. Many are intrigued by just how the mind of these killers work and why they do what they do. Of course, experts in the field are still trying to work this out but by studying this breed of killers, they have managed to work out some of the traits of a typical serial killer – if there is such a thing!

Many of the world’s most notorious serial killers are American but there are also plenty from other parts of the world. Britain has been home to some of the best known serial killers, including the infamous Jack the Ripper amongst others. These are killers that have committed the most heinous crimes against their fellow humans, often for bizarre reasons and in the most shocking ways. Some target specific groups while others are indiscriminate. Some use a particular modus operandi whereas others strike with whatever is available.

Just like his namesake, Jack, the Yorkshire Ripper – aka Peter Sutcliffe – gained huge notoriety in the early 1980s.  He was finally arrested for the murder of thirteen women. However, more recent evidence now suggests that he may have been responsible for dozens of murders. These were murders for which other men ended up being imprisoned

Peter William Sutcliffe, the man that would one day be known as the Yorkshire Ripper, was born on 2nd June 1946 in Bradford, West Yorkshire. He was part of a working class family in the market town of Bingley. As a child, he was shy and awkward. He was considered something of a loner when it came to making friends at school. Peter came from a large family with his parents Kathleen and John Sutcliffe having a brood of children. This included Anne, Jean, Maureen, Mick, and Carl, as well as Peter.

Peter’s murder spree began in the mid-1970s and went on until his arrest in the 1980s. He focused on prostitutes, although not all of his victims were in this profession. The manhunt for the killer was a huge one, so police were hugely relieved when he was finally caught.

The trial of the Yorkshire Ripper lasted for two weeks. At the start, Peter pleaded not guilty to all of the thirteen murders he stood accused of. Instead, he pleaded guilty to manslaughter based on diminished responsibility. He said that it was God’s voice telling him to murder the prostitutes. However, his quest to have the charges downgraded failed. He was found guilty of thirteen murders as well as seven counts of attempted murder. 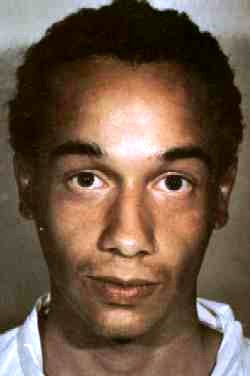 Kenneth was only in his early twenties when he started killing. He developed a taste for assaulting, raping and murdering elderly residents in the London borough of Stockwell. Erskine ended the lives of at least seven innocent elderly women and men in 1986 leading to him being dubbed the Stockwell Strangler

Kenneth Erskine was born in the Hammersmith area of London in July 1963 and was one of three brothers. His British mother and Antiguan father undoubtedly had their work cut out with the young Erskine. He always seemed to be getting himself into trouble. Erskine’s parents got divorced when he was just twelve years old. He remained with his mother along with his brothers for another few years.

Erskine’s ‘career’ as a serial killer began in April 1986. The unfortunate victim was a seventy-eight-year-old woman called Nancy Emms. During that year he continued his killing spree and ended up murdering at least seven elderly women. He was finally arrested after police stepped up the search that same year.

At his trial, Erskine actually pleaded not guilty but it is reported that he was looking around the courtroom in a rather confused state as though he hadn’t a clue where he actually was. He was found guilty of the seven murders although police believed that he was responsible for at least another four murders that had not been attributed to him. He received seven life sentences with the recommendation that he serve at least forty years. 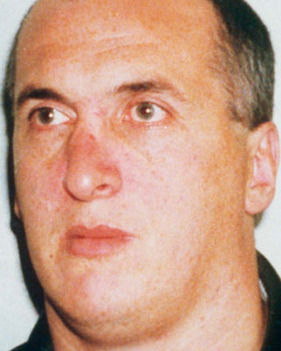 Although he claimed he had no homosexual tendencies, Colin John Ireland focused his murderous attentions on gay men in the 1990s, leading him to be dubbed ‘The Gay Slayer’. He killed five men in total. His reason? Because he wanted to notch up enough murders to be officially known as a serial killer…

It was in early March 1993 that Colin started his murderous career. He headed to what was at the time a pub popular amongst homosexuals – the Coleherne in Earls Court. This was where he ended up meeting most of his victims in the weeks to come. Over a short period of time, he murdered five homosexual men, some in bizarre ways.

His trial began in December 1993 and unsurprisingly Colin admitted to all of the murders. According to reports, he said that he had become interested in serial killers after becoming engrossed in a number of true crime books and thought that he could be good at it so he’d give it a go. He was found guilty on five counts of murder and was sentenced to five life sentences without the possibility of parole. Although he’ll spend the rest of his life behind bars, Colin Ireland finally achieved his goal of being a serial killer.

As you can see, these three killers all had very different goals. One wanted to rid Bradford of prostitutes, the other seemed to hold a vendetta against elderly women, and the final one focused his efforts on homosexual men. All have struck terror into the hearts of the nation during their reign but finally received their just desserts after being caught.

All rights are reserved. All the content and images belong to their respective owner. We have all the rights to modify & edit any comment which is found to be spammy or abusive.